The first stop on our Historic Highway 395 family road trip from Southern California to Oregon last June was Manzanar National Historic Site located at the foot of the Sierra Nevada mountains in between Independence, California and Lone Pine, California.  Despite having driven past it numerous times on vacations, for some reason, I had never visited this site — which, considering what a big California history buff I am, makes no sense.  So, Jeff and I opted to make this the first stop along 395, on our way to Mammoth, so that our own children could learn a bit more about this horrible era in our nation’s history. 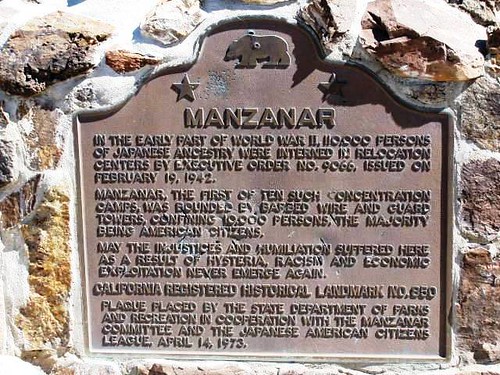 The site is preserved and operated by the National Parks Service, and is open free of charge to the public from dawn to dusk every single day of the year. The ranger-staffed interpretive center is open during the day, every day except Christmas. Only three of the original camp structures remain. It is possible to experience much of the site from within the comfort of your air-conditioned car by taking the free driving tour. However, I do recommend that you get out and explore on foot the cemetery, and to get a better look at the few structures still standing. Dogs must remain on a leash and are not allowed in the cemetery.

The Park Service provides a fabulous interactive virtual tour on their website. 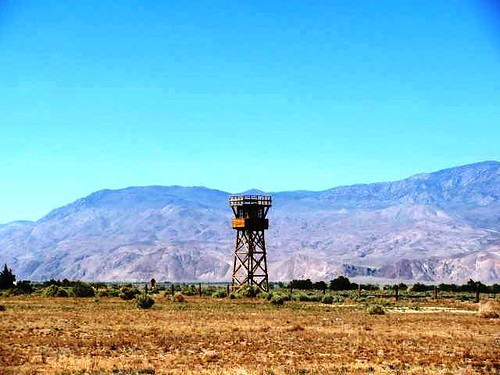 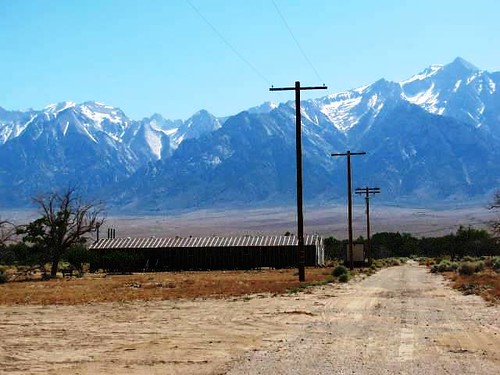 One of two reconstructed or preserved barracks. 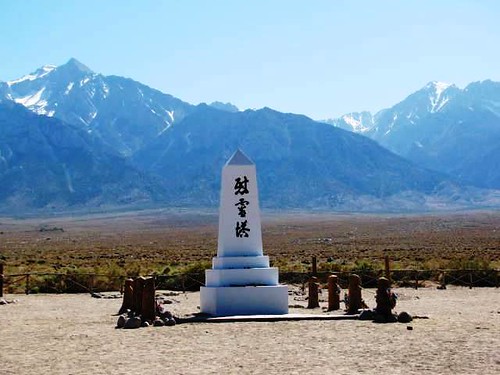 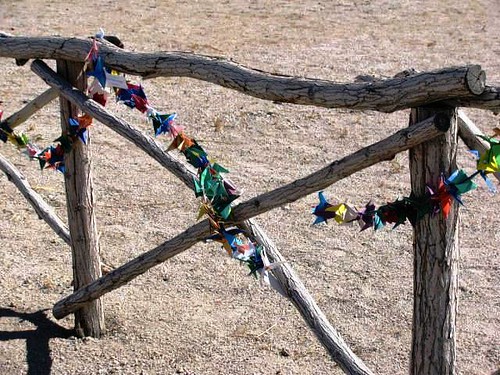 Origami birds hung along the split rain fence surrounding the cemetery, to honor those who died while interned. 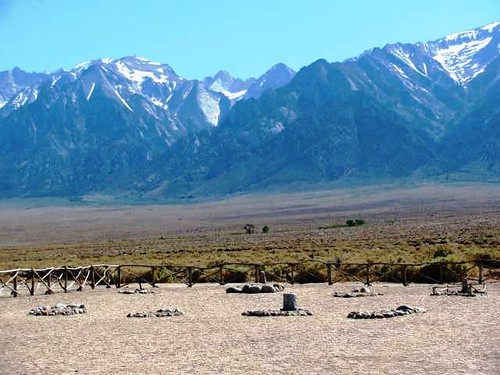 A better look at the cemetery. 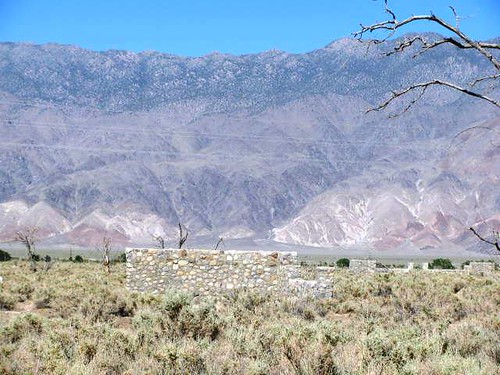 What's left of one of the camp buildings.