On our first full day in the majestic Smokies last Fall, Jeff and I took a self-guided driving tour through the Cades Cove Historic District…after a long lazy morning sleeping in, drinking coffee, rocking and porch-sittin’ on the deck of our beautiful Smokies cabin.  Cades Cove is the single most visited location in the Great Smoky Mountains National Park. Yeah…usually the very type of spot we try to avoid on vacations, however I am a big time history buff. So, we decided to suck it up and venture out to the cove for a beautiful sunny afternoon. 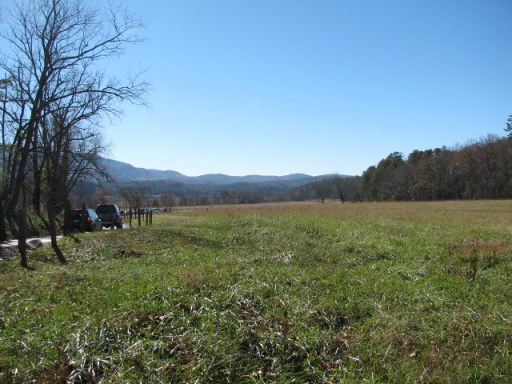 The lines of cars started immediately upon entry into the Cove.

Cades Cove is a serene scenic valley located in eastern Tennessee, near Townsend, in the western Appalachians. First settled by Euro-Americans in 1818, farming and logging provided the most economic opportunities for the small community until the establishment of the Great Smoky Mountains National Park (chartered in 1934 and dedicated in 1940) pushed the last stronghold of residents out through eminent domain in 1937. 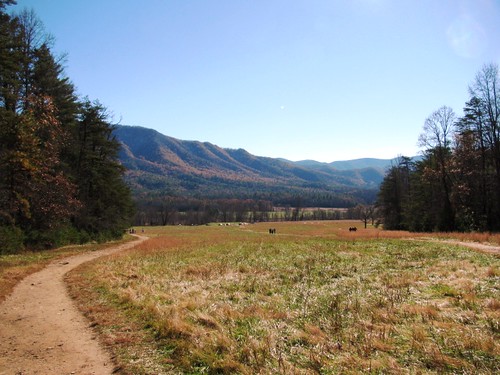 So do the spectacular views and Fall colors.

The majority of visitors choose to see Cades Cove via an 11-mile long one way driving loop through the community, although some people choose to take it in on foot or bicycle. In fact, between early May through late September of each year, only bicyclists and pedestrians are allowed on the road from sunrise until 10:00am. The park suggests two to four hours to complete the tour — leaning towards the latter on weekends and during the peak summer and fall seasons. 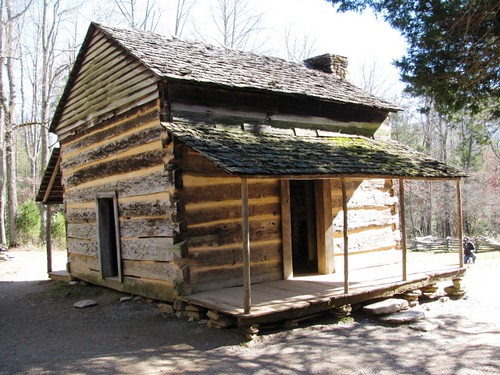 The John Oliver Place, early 1820s. John and his wife were among the first Euro-Americans to settle in Cades Cove, arriving in 1818. 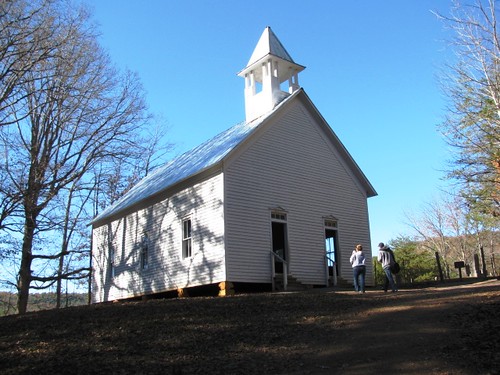 The Cades Cove Primitive Baptist Church, built 1887 after a split among Tennessee Baptist churches in the 1830s and 1840s. 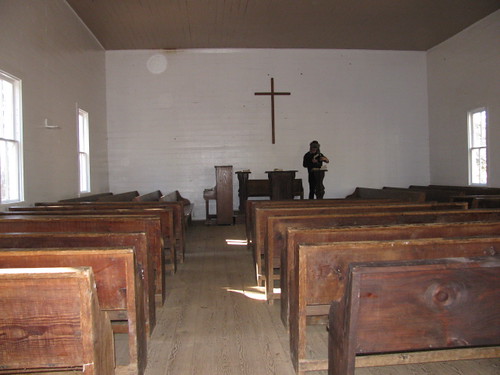 Inside the Primitive Baptist Church. 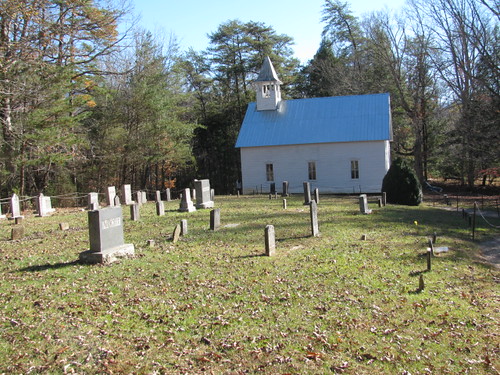 Be sure to wander around the cemetery located next to the church. 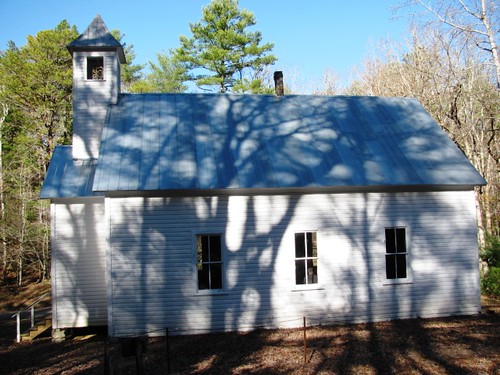 The Cades Cove Methodist Church building was built in 1902, despite the congregation being established in the 1820s. 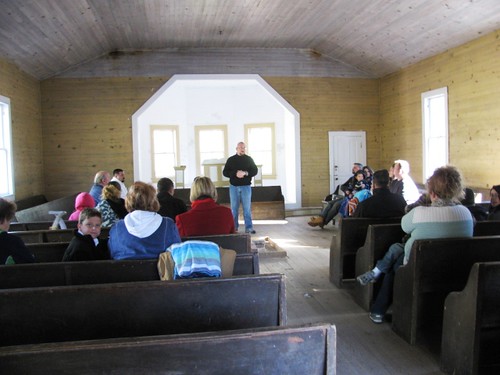 A service or Bible study was going on during our visit. 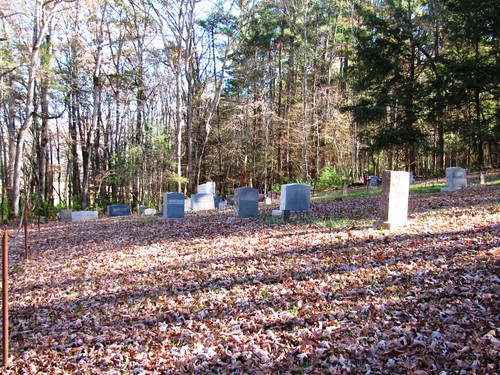 Like the Baptist church, the Methodist church has an adjoining cemetery. 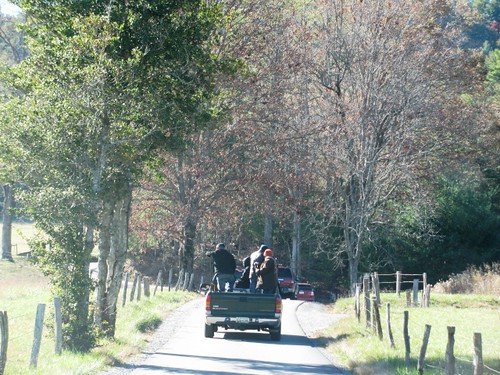 Did I mention lines of cars, and lots of tourists? 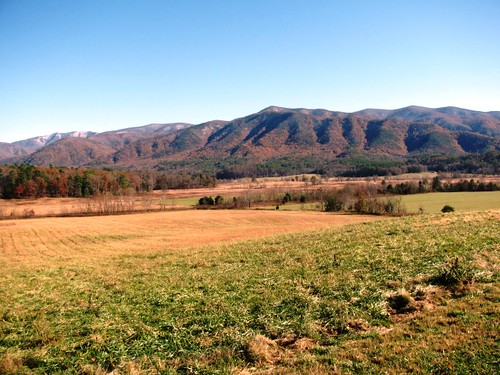 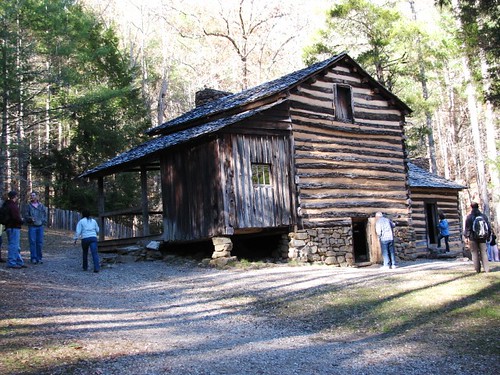 The Elijah Oliver House, built by the son of John Oliver.

A visitor center is located at the half-way point of the scenic loop, and is definitely worth checking out.  For one thing, it offers the only restrooms and food in the historic district.  But, aside from those necessities it houses a very well maintained and managed historic interpretive and reenactment community of buildings — all relocated here by the park — and volunteers.  The gift shop is stocked with some really cool locally produced goods and foods, as well as books chronicling the cultural, culinary and artisan history of the area.  And during the fall months, you can watch historical interpreters make and sell traditional sorghum molasses. 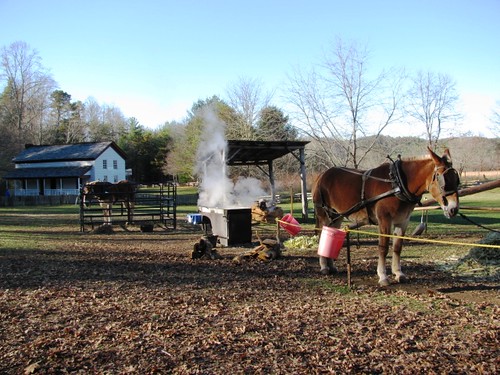 Sorghum molasses making near the visitor center at Cades Cove. 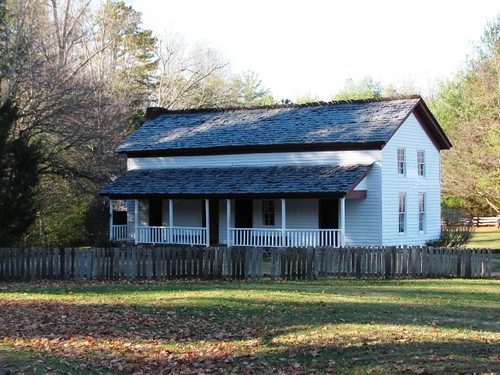 The Gregg-Cable House, located on the visitor center grounds, built 1879. 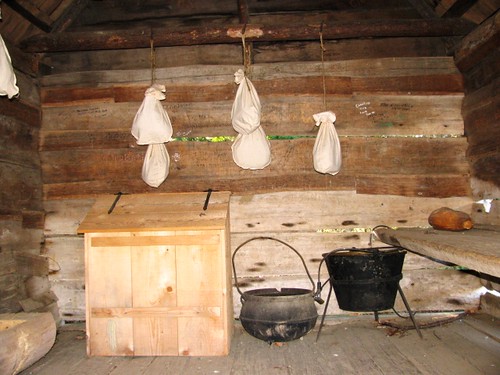 A look inside the old smoke house at the visitor center. 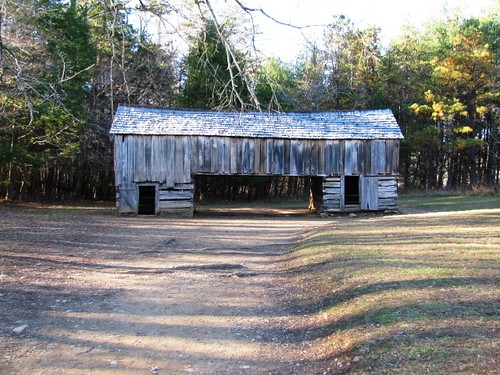 The Cable Mill Barn near the visitor center. 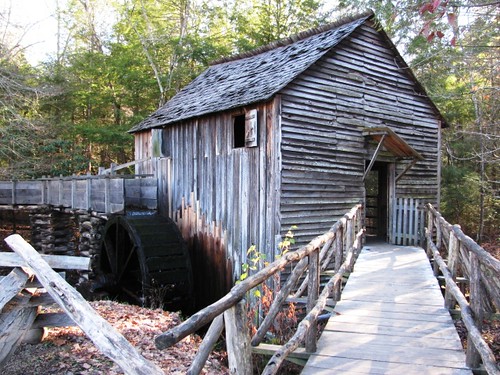 The John P. Cable Grist Mill, at the visitor center, built in 1868. 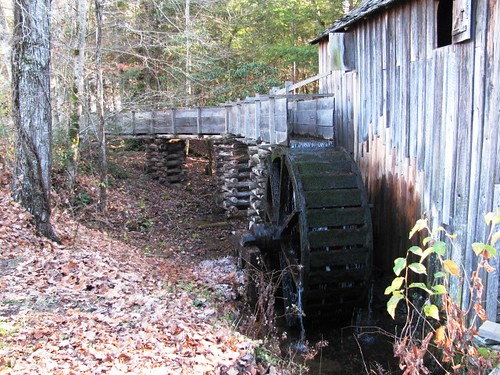 A closer look at the overshot wheel at the Cable Mill. 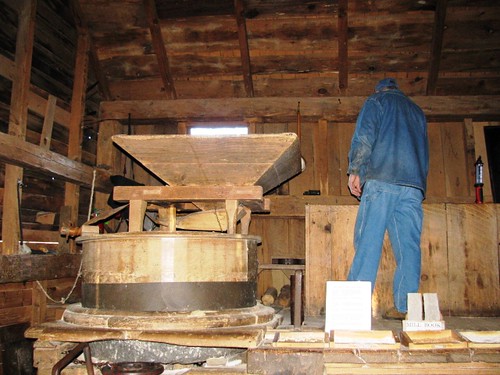 The mill is operated April-October by the The Smoky Mountains Natural History Association. 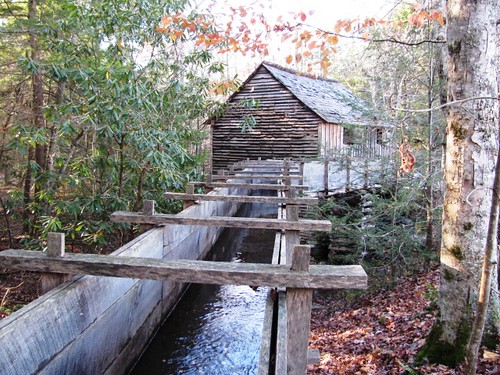 The mill flume diverted water from a nearby stream to power the Cable Mill. 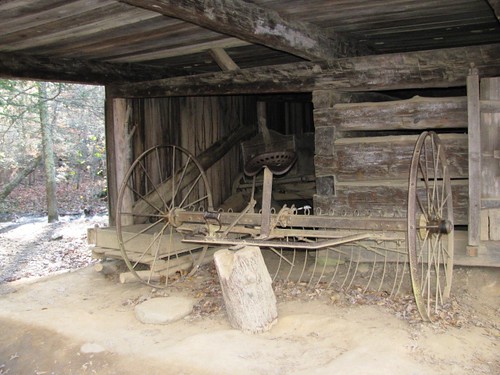 A look at some old style farming equipment. 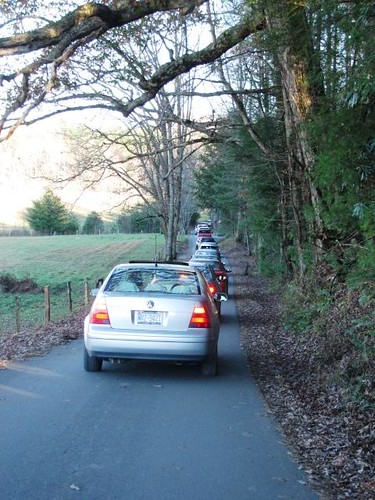 Again...did I mention the crowds of cars on the tour? 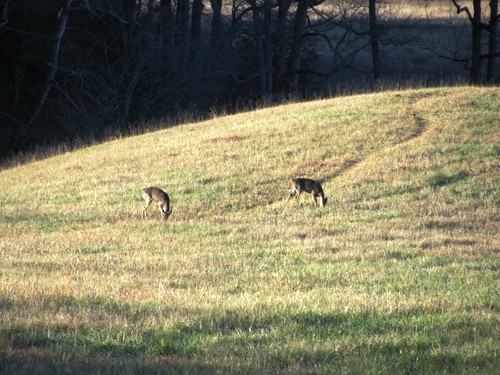 We saw quite a few deer in the cove throughout the day. 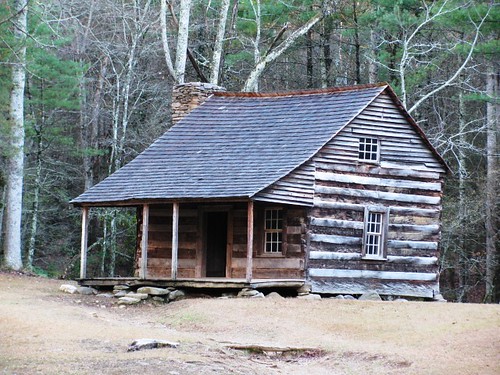 By this point, we no longer stopped at each building. Instead, Jeff would slow down for me to snap a photo out the car window. 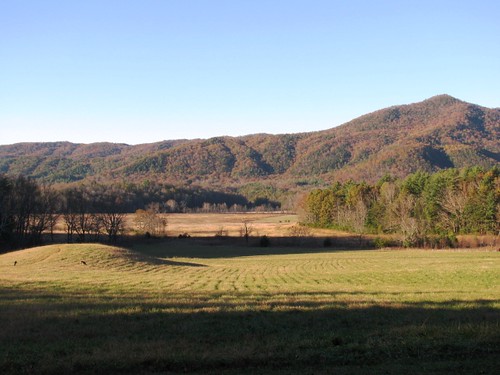 A final look at the natural beauty of Cades Cove. 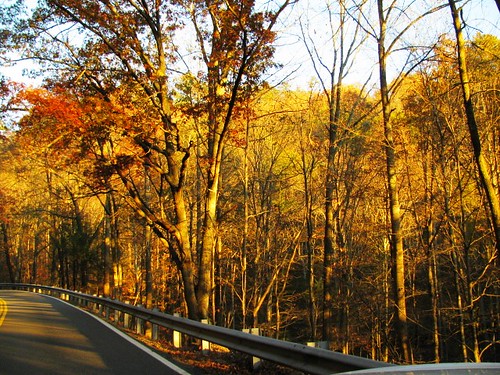 We enjoyed a spectacular sunset-lit drive back to Wears Valley!

Even if you aren’t as much of a history nerd as I am, you definitely must stop by Cades Cove on any first time visit to the national park. The scenery is spectacular, but more importantly, the cove represents the long drawn out contentious battle between the National Park Service and the type of hearty proud Appalachian folk who fought against being driven from lands they cultivated and called home for generations.

View Exploring the Smokey Mountains in a larger map