While scoping out locations for potential future Orange County History Hikes, I came across this site and brochure (.pdf) advertising the Olinda Oil Museum & Trail. I’ve visited the museum before — shortly after it first opened, but the trail was still a future dream then. I hadn’t realized, until just a couple weeks ago, that the trail was already a reality. So, after a fuller hiking day on Saturday, I suggested to Jeff that we squeeze in this very brief hike on a Sunday afternoon, after church — particularly since it’s pretty much right in our own backyard.

Parking is free and available daily 9am-4pm! There are around 20 regular spaces and 2 or 3 handicap spaces. That’s the field house Museum off to the right.

The museum is located inside the former field office, first constructed in 1912. Be sure to sign the guest registry if you go in for a peak. It is worth the visit!

We arrived at the park and museum around 2pm (after church, lunch and grocery shopping).  And we spent a good hour touring the museum and the museum grounds.  That didn’t put us on the trail until about 3pm, but, being just under 2 miles round-trip, we weren’t too worried about making it back to the museum by the time the park gate closes at 4pm. 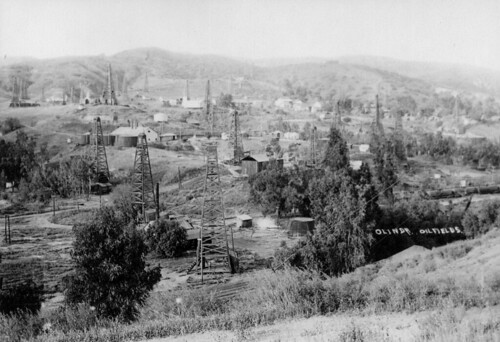 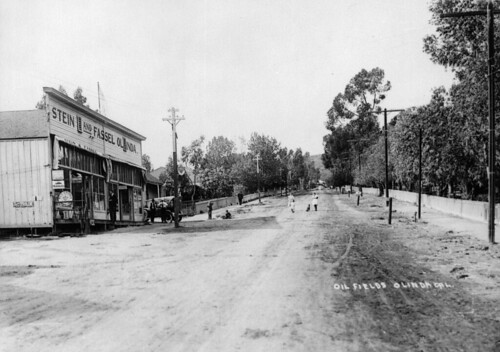 If you’re like most people, including many who’ve lived in Orange County their entire lives, you might be wondering where the heck Olinda is located (it’s now part of the city of Brea), and why you should visit it. I’ve lived in Orange County the majority of my life and am a local history nerd, but until a few years ago, I couldn’t tell you anything about Olinda or identify it on a map of the county.

According to Orange County historian Phil Brigandi in his book Orange County Place Names A to Z, “The Olinda Tract was laid out in 1887 on several hundred acres north of Yorba Linda and east of Brea.” Brigandi explains that the town of Olinda was established shortly after oil was discovered in 1897 in the Carbon Canyon area of the tract. Aside from the museum, and the oil pumps scattered throughout the area, nothing remains of the historic town, although there is a modern housing development named Olinda Village in the general area.  What is particularly significant about the museum is that it houses the oldest Orange County oil well in continuous use — it’s still pumping.

Olinda Oil Well #1, located near the museum. First drilled in 1897. This is the oldest Orange County well still in operation.

The grounds adjacent to the museum are filled with very cool old “oil field” equipment, like this 1924 Model T Ford truck.

We highly recommend that you spend at least a few minutes visiting the museum and wandering around the museum grounds to learn a bit more about the area, its history, and some of the views you see from the trail. But, although the park and trail are open daily from 9am to 4pm, the museum is only open on Wednesdays from 10am to 2pm and Sundays from 12pm to 4pm (or by appointment). Friendly knowledgeable docents work in the museum. The historic park is a joint venture between the city of Brea (who oversees the museum), and Chino Hills State Park (who oversees the trail and surrounding land).

The hike trailhead is located to the right of the museum.

The hiking trail is located adjacent to the museum. It winds behind the museum grounds and historic Olinda Oil Well #1 on a mostly single-track very exposed dirt trail until you hit a paved service road. After taking in the view and interpretive sign at the junction with the road, cross the paved road to re-join the single track trail.

Most of the hike is a single-track dirt trail that winds through the hills.

Shortly after heading up the trail, you reach a junction with a service road. There’s a scenic lookout and interpretive sign to the right. You catch the trail straight across (note the two people standing at the trail).

This lookout allows you views of the museum down below and Olinda Oil Well #1.

This is where the trail picks up again across the service road.

It’s a gentle climb, via a series of switchbacks, to the high point of the trail, where you encounter another interpretive sign located under a small shady grove of trees. There’s also a geocache located near the “summit”.

We were surprised to find switchbacks on such a short trail.

The oil wells along the trail are a constant reminder of the role that oil has played in this area’s history.

Looking out at Carbon Canyon Regional Park and dam.

There was a surprising variety of flora along the trail — particularly in such a dry year.

On the descent down, you continue to follow the single-track dirt trail heading southeast, with views of a housing tract and Chino Hills State Park, located just down the road. After climbing down into a canyon, the trail becomes a fire road for a brief stretch before hitting a paved service road that runs alongside Carbon Canyon Road. We “hiked” on sidewalk, through a housing tract, the rest of the way back to the museum.

The trail descent down offers great views of Chino Hills State Park and the Robert Diemer Treatment Plant expansion project in the park.

The trail loop descends into a small canyon. This is the last stretch of real trail.

Once you hit the bottom of the canyon, the trail turns into fire road.

When you hit the fork in the fire road, stay right.

Although there are no mind-blowing views from the trail, on a clear day (which we did not have), you can view north and central Orange County, Catalina Island and downtown Long Beach. You get a great view from above of Carbon Canyon Regional Park (located across the street), including the dam whose construction, according to Brigandi, forced out the the remaining town residents in 1959. You also get the kind of unusual experience of hiking right alongside 5-10 active oil pumps, with views of more in the surrounding rolling hills.

The fire road suddenly turns into a paved service road. Popular with joggers. We had a nice long chat with a very friendly Chino Hills SP ranger here.

The paved service road runs parallel to Carbon Canyon Road for much of the way. This is a pedestrian walkway that provides foot access between the two roads.

Follow Santa Fe Road until you see the right-turn back to the museum parking lot.

Our only complaint with the hike is with the highly misleading numbered markers placed all along the dirt stretch of trail. We initially thought these markers were supposed to correspond with the park/trail brochure, but there is no further interpretive information in the brochure or on the website. When I chatted with Sean Matlock from the city of Brea this week, he advised that the numerical markers were not ever meant to be interpretive in nature,  they are meant to identify specific spots along the trail in the event something needs to be reported, or if you need to call the rangers or 911. While we “get” the intent, this is just poor trail signage.

One of the highly misleading numerical markers situated along the trail. No, this isn’t Mile 8 of this less-than-two-mile hike. Nor does it correspond to any interpretive information (although the rattlesnake sign migh make it appear so).

Since this is such a short trail, if you want to extend your hiking mileage, you have two excellent options in the immediate vicinity – Chino Hills State Park or Carbon Canyon Regional Park. If you’re hiking with a dog, Carbon Canyon is your only option.

Click to view a larger image of the elevation chart.